Alcohol consumption during Octoberfest is a tradition. Drinking beer, chicken dances and sing-alongs go hand in hand with the celebration that starts the night before and concludes a morning or two after…..

Fall brings Octoberfest to Kansas City kicking off Thursday night, September 27, 2018, and runs through Sunday, September 30, 2018. Last year there were an estimated 20,000 people celebrating downtown – it’s not unreasonable to expect more this year. All around the city, there will be festivities to enjoy – fantastic food, good beer, and parties! Rhythm & Booze is preparing for the best party of all!

If you have ever been to an Octoberfest celebration then you know that alcohol consumption is a given. It’s tradition, right? It’s so much fun to hang out with friends, and there is so much to see and do – but sometimes the drinking can interfere with the experience and we end up missing most of it – due to excessive alcohol consumption. The key to getting through the entire weekend is don’t start drinking too early! If you get hammered before dark on the first day, you’ll likely miss out on the best stuff going on. For example, this is one guy’s tale of woe that happened last year:

“My friends and I wanted to get a jump start on all the Octoberfest fun so we headed downtown and started drinking before noon on the first day. Somebody had a keg opened and we were only too happy to sample the goods. I wasn’t used to drinking a lot and had no idea what my limits were. We got more than a little schnockered – one of my buddies passed out before dark. I ended up somewhere across the river and woke up at 3 o’clock in the morning not knowing where I was or how I got there. Needless to say, I was in no condition to carry on partying. My advice is if you aren’t normally a big drinker, you should probably slow down and don’t get carried away. At least you won’t miss out on everything.”

As you can tell from the experience of this guy, excessive alcohol consumption can result in less than desirable consequences. Here’s a  scenario that played out in our neighborhood last year.

A cute blonde had just been dumped by her boyfriend and was crying and wailing and well on her way to becoming drunk. On shaky legs, she headed back to the bar for another drink and tripped over someone’s foot and fell down. The bouncer saw what happened and patiently helped the drunk woman out the door. She took off stumbling down the street for about 50 feet and then bent over and began throwing up. A police officer sitting across from the bar in his patrol car had noticed her come out of the bar and was making his way over to her. In the meantime, she had stopped vomiting, at which point she straightened up and wiped off her mouth with the hem of her very short skirt. The officer administered a breathalyzer test, which she failed, and then slapped handcuffs on her, arrested her for public drunkenness and public indecency, and carted her off to jail. She ended up spending a very uncomfortable night, got slapped with several charges that carried steep fines, faced the wrath of her father who bailed her out, was humiliated in front of her friends, and got fired from her job at the bank for making a spectacle of herself in public. We could all learn a lesson from this experience.

This gal’s story is not unique. Many people have found themselves in a similar situation. With Octoberfest activities just around the corner, some of you will undoubtedly overdo it on alcohol consumption and end up in trouble.

We suggest you start practicing your drinking a few weeks early to prepare for Octoberfest. Gradually drinking a little more each time conditions your body for more alcohol consumption when the festivities begin. It works! Don’t say we didn’t warn you.

Rhythm & Booze downtown and in Shawnee invites you to make us your designated Octoberfest location. We are a neighborhood kind of bar offering a little something different with great food and plenty of beer and cocktails. Our bartenders are experienced and know how to keep your thirst to a minimum. 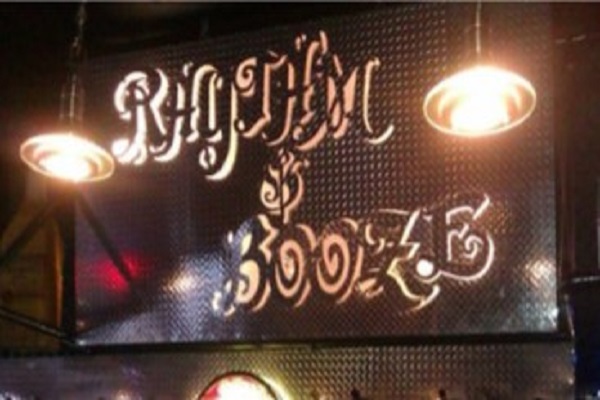 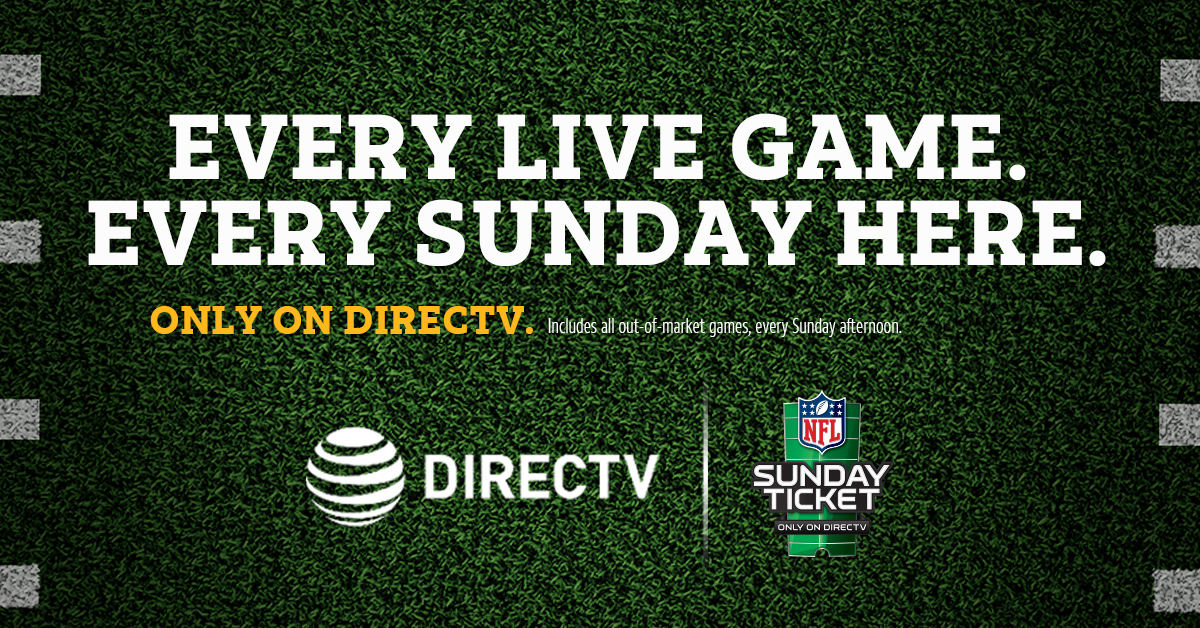 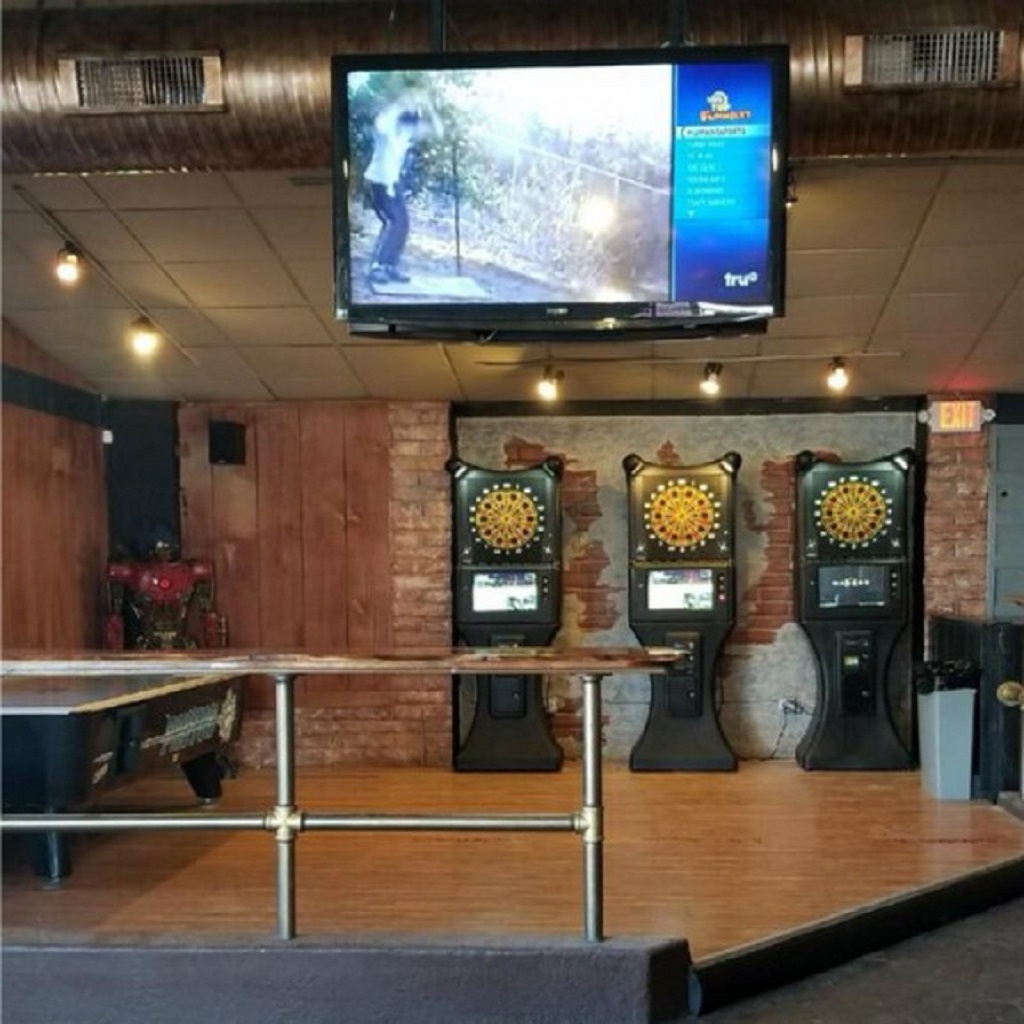 We know we said we'd be in this location for years to come, and we thought we would, but sadly, we are closing. Circumstances beyond our control have made it impossible for us to continue in this location. You are... 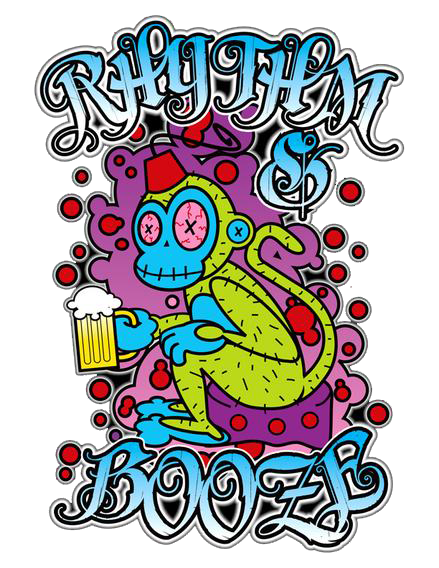 WE CANNOT GUARANTEE THAT YOU WILL LIKE OUR PRODUCTS..THEREFORE WE WILL NOT ISSUE REFUNDS OF ANY KIND.    Please check the menu BEFORE ordering to insure you are getting what you want, as we will NOT issue refunds.  There will be a 20% gratuity added to checks over $75 and for parties over 5 at a table.  We Thank You for your Continued Support!